I have met very few people committed to liberty who are not fans of Frederic Bastiat. Whether for his writing style, particularly his mastery of reductio ad absurdum arguments, his ability to encapsulate core principles of economics in understandable terms, or his ability to identify errors of basic logic behind government policies, much about Bastiat’s work deserves approval. There are good reasons why Henry Hazlitt cited him as the inspiration for Economics in One Lesson.

Molinari saw government as it has always existed—as an abuser of people’s natural rights.

How much do those desirous of freedom to the fullest extent possible know about the person that Bastiat described as his successor from his deathbed in 1850? They know far too little of Belgian economist and philosopher, Gustave de Molinari, who David Hart termed “the leading representative of the laissez-faire school of classical liberalism in France” in the ensuing period. As we pass Molinari’s March 3 birthday, his work, which Wikipedia accurately summarized as “defend[ing] peace, free trade, freedom of speech, freedom of association, and liberty in all its forms,” merits far closer attention.

Joseph Stromberg noted the thoroughness of his belief in the power of liberty, in that “He appears to have been the first writer to draw the conclusion that government could, in effect, be replaced by competing companies or agencies offering to provide security and protection.” He saw that government as it has always existed—as an abuser of people’s natural rights—could be supplanted by an agency that had no mandate other than providing security for life, liberty and property.

Molinari focused on sovereignty. He recognized the problems of government sovereignty, and argued for individual sovereignty as a far superior replacement from the perspective of justice and respect for natural rights, as well as that of effective social cooperation. It is worth revisiting his inspiring vision of the appealing consequences of self-ownership, applied far more broadly than it has been:

Government has abused its unlimited power over individual life and property.

The sovereign power of governments over the life and property of the individual…the abolishment of that “state” is the present, most urgent, need of society.

Modern governments [offer]…grossly inadequate performance of their first duty—protection of life and property of the individual.

The progressive rise in taxation and expenditure which has occurred in every State…must continue indefinitely for just so long as governments, charged with guaranteeing national security, maintain their right of unlimited requisition upon the life, liberty, and property of the individual.

Society is heavily taxed in the increased costs which follow government appropriation of products and services naturally belonging to the sphere of private enterprise.

Government must confine itself to the naturally collective functions of providing external and internal security.

Government should restrict itself to guaranteeing the security of its citizens…the freedom of labor and of trade should otherwise be whole and absolute.

[With] the guarantee of internal peace and external security…The primacy of national interest over all other claims ceases, at this point, to demand an absolute right of requisition over individual life, property, and liberty.

However seriously he might be declared sovereign master of himself, his goods and life, the individual was still controlled by a power invested with rights which took precedence of his own…The sole possible remedy—to curtail this subjection with its priority of claims over those of the sovereignty of the individual.

The sovereign individual possesses the absolute right to dispose of his person and his property as he sees fit.

[Individual sovereignty] is the right of each man to dispose freely of his person and his property and to govern himself.

What is the interest of the individual? It is to remain the absolute proprietor of his person and property and to retain the power to dispose of them at will...It is, in a word, to possess “individual sovereignty” in the fullest. Nevertheless…His property and liberty are limited by the property and liberty of others. Each individual sovereignty has its natural frontiers within which it may operate and outside of which it may not pass without violating other sovereignties. These natural limits must be recognized and guaranteed…such is the purpose of “government.”

The individual remains completely sovereign only under a regime of total liberty. Any monopoly, any privilege is an attack upon his sovereignty.

Progress will be still better secured by measures extending the sphere of individual self-government.

The sovereignty of the individual will…be the basis of the political system of the future community…It will belong to the individual himself, no more a subject but proper master and sovereign of his person…He will dispose, as he pleases, of the forces and materials which minister to his physical, intellectual, and moral needs.

The true remedy for most evils is none other than liberty, unlimited and complete liberty, liberty in every field of human endeavor.

The individual appropriates and possesses himself…This is liberty. Property and liberty are the two aspects or two constituents of sovereignty.

Careful examination of the facts will decide the problem of government more and more in favor of liberty, just as it does all other economic problems...after this reform has been achieved, and all artificial obstacles to the free action of the natural laws that govern the economic world have disappeared, the situation of the various members of society will become the best possible.

The ills [ascribed] to liberty—or, to use an absolutely equivalent expression, to free competition—do not originate in liberty, but in monopoly and restriction…a society truly free—a society relieved from all restriction, from all barriers, unique as will be such a society in all the course of history—will be exempt from most of the ills, as we suffer them today…the organization of such a society will be the most just, the best, and the most favorable to the production and distribution of wealth, that is attainable by mortal man.

Gustave de Molinari learned of “the destructive apparatus of the civilized State” from the French Revolution, “naively undertaken to establish a regime of liberty and prosperity for the benefit of humanity end[ing] in…an increase in the servitude and burdens.” That inspired him to a life of opposition to government abuses of their citizens’ natural rights. He asserted that “Everywhere, men resign themselves to the most extreme sacrifices rather than do without government and hence security, without realizing that in so doing, they misjudge their alternatives.” He saw the far better alternative of vastly expanded liberty, enabling an explosion of human potential and human spirit. Our age needs to be inspired toward that recognition, as well.

Gary M. Galles is a Professor of Economics at Pepperdine University and a member of the Foundation for Economic Education faculty network. 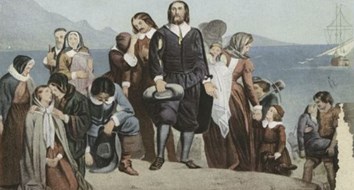 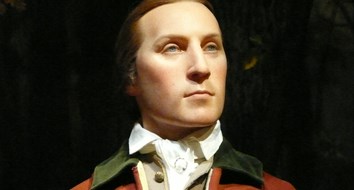 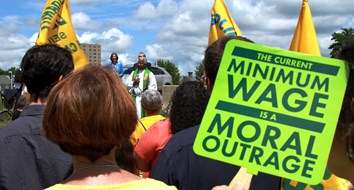 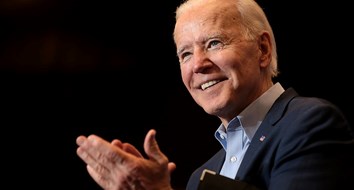 The Biden Administration Has Introduced the Largest Permanent Increase of Food Stamps Ever. Is That Good or Bad?

This work is licensed under a Creative Commons Attribution 4.0 International License, except for material where copyright is reserved by a party other than FEE.

Please do not edit the piece, ensure that you attribute the author and mention that this article was originally published on FEE.org